“Anyone who has ever lived in West Virginia, or even traveled through the state, can easily see what an ideal place it would be for ghosts.  It is an unending sequence of hills and valleys, with a backdrop of other mountains in the distance.  Over all these mountains and valleys is a wilderness of shrubbery and trees so that genuinely lonesome places exist in almost all sections of the state.  Hundreds or even thousands of ghosts could gather nightly on West Virginia’s hills or sigh from the treetops, and few living souls would know the difference.”  -Ruth Ann Musick, From the Introduction of The Telltale Lilac Bush

Referencing the Telltale Lilac Bush, there are fifty-six stories that relate to specific ghosts rather than roundabout hauntings or sightings.  Many of these ghost stories involve murdered people, wrongful deaths.  These hauntings are not centered on revenge or malice.  Justice, perhaps, but more often than not, these specters seem lost or looking for something. 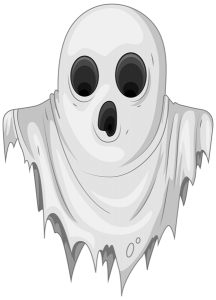 Although Ruth Ann Musick doesn’t cover evil (human) spirits in her book, I still heard plenty of yarns about them.  Most of them were men.  Drunk, mean men.  Maybe this had something to do with the fact that drunk, mean men were a part of our everyday lives.  Most of us knew a drunk, mean man, and some of us lived with one.  Let’s gloss over socioeconomics and the fact that West Virginia is, indeed, a poverty-stricken state.  Let’s not talk about how people choose to escape hard lives for a while.  Let’s keep this light and in the realm of the paranormal.

But let’s keep talking about drunk, mean men.  Even Ruth Ann Musick wrote about a few, but these guys were usually murderers who got their comeuppance at the ghostly hands of their victims (one time it was a head in a well).  But one story that I heard gave mister meanie-whiskey-breath a good Hollywood ending.  Except it wasn’t the end.

A small family lived on a farm.  A father, mother, and two children.  The children grew up and left home, and the woman was left alone with her abusive, alcoholic husband.  One night, in a drunken rage, he shot his wife, killing her.  He buried her on their property, but people were soon asking after her, as she was a well-liked member of the community.  He claimed she had gone out and never returned home and helped the local boys assemble a search party.  They climbed a high hill together and the husband slipped and fell over the side, a steep fall.  He was wrapped around a tree, broken and very much dead when they finally got to him from below.

That hill, which was a popular hunting spot, became notorious for hunting “accidents.”  Hunters fell, accidentally shot themselves (sometimes fatally), and accidentally shot other hunters.  Stories came back from the survivors claiming to have seen the dead man before their accidents.  Before long, men stopped going up to that hill, but the legend of that bad man’s ghost lives on, haunting the place of his death and causing harm even without a corporeal form.

It’s alarming to think of bad people persisting in their bad ways even after death.  In Hollywood, the good guy dispatches the bad guy, kisses the girl, and everything ends happy.  But with this twist, there’s a baddie with a new host of powers watching from the shadows and the good guy is basically screwed.

As an extra, in case you were unaware of it, one of my favorite “real” stories of a returned villain is not one of West Virginia, but of New Orleans.  Madame LaLaurie and her still-standing mansion.  This was a bad, bad woman and there are tales that lead one to wonder if, even though she officially died in France, she still walks the halls of this grand home.  Read about it here!

Thanks for stopping by!  I’m taking a break next week as I’ll be in Williamsburg, VA for Scares That Care Charity Weekend.  It’s a great charity, doing much good in the world.

So, do you have any good bad spirit haunting tales?